In case you need any more proof that Denver is thriving and will continue to thrive, there are a couple of recent examples.

Denver has recently been placed as one of the richest cities in the United States by USA Today (Denver ranks No. 9, sandwiched between Los Angeles and Austin).

The list was created based on cities with more than 500,000 residents, and with the highest percentage of households earning at least $150,000 annually.

Why is this a big deal?

The company announced in August that Denver would be among 13 “Gig Cities” nationwide where it would debut ultra-high-speed service that’s 100 times faster than the national average Internet speed.

Gigabit service has been particularly appealing to small businesses, and it’s expected to be an economic driver for areas where it’s available, making buying homes there more attractive to entrepreneurs and telecommuting professionals. 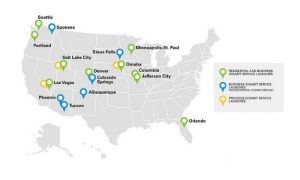