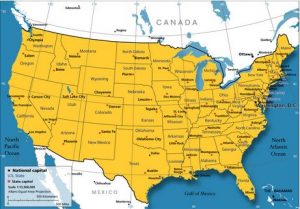 According to the latest U.S. Census Bureau city population estimates, Denver is now the 21st most populous city in the United States, up from 22nd a year ago.

Denver now stands immediately behind Seattle (20th) and ahead of Washington D.C. (22nd).

The estimates are for residents living within each city’s limits and do not include people in the surrounding metro area.

We invite you to check out and post on our Gratitude Corner. We are grateful for our clients and all the wonderful work we get to do to help our clients buy their dream homes and reach all their real estate goals. We are here to assist with all real estate related matters, whether you are buying your first home, a larger home, downsizing, or purchasing an investment property. Contact Us Today.