Colorado’s economy came in as the overall winner.

As with many of the other top economies, Colorado’s economy is highly diversified. 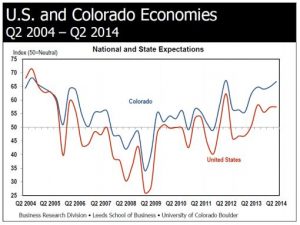