Denver Makes It High on the List of the U.S. Census

Every year following a decennial census, the US Census Bureau releases its county population estimates for July 1 of the preceding year. For the fourth time in the past five years, Denver County has led the state in population growth. 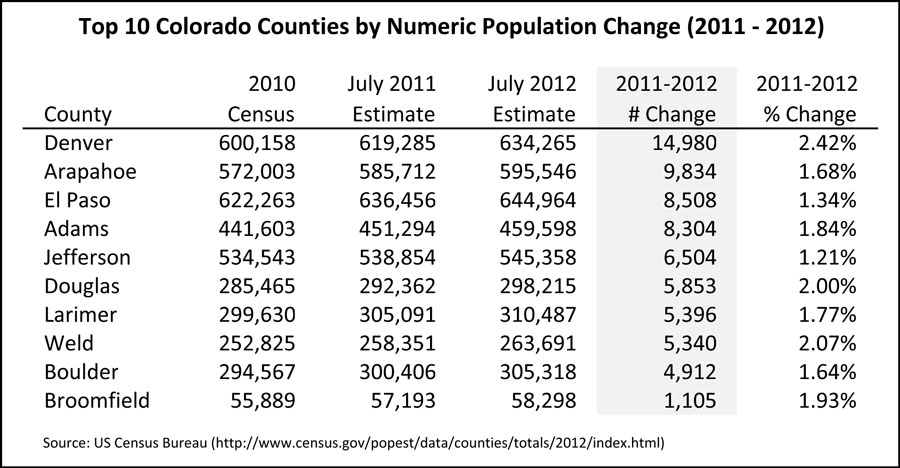 Check out this blog about Denver’s recent popularity among college graduates.

Meet the Alaris Team to find out about our deep investment in this unique city, and be sure to follow us on Facebook.