Metro Denver is on track to break its own record for the most new apartment units in a year. An estimated total of 34,000 units are under construction, planned or scheduled to start within 2014.

Developers furiously building new multifamily projects across the metro area expect to deliver 10,000 units by the year’s end, with more than half of the new units opening in downtown Denver. That’s more new apartments in one year than at any time in metro Denver’s history.

Some believe the demand will absorb the new units, others aren’t so sure, but either way, renters stand to benefit from the surge of supply. Once demand catches up with the new supply within a few years, the result will be a more vibrant downtown, with retail development spurred by the growing residential population.

With Denver’s population significantly increasing (the number of people living downtown will be increasing somewhere near a third over the next few years). Denver is sure to find its place among the great downtowns of North America.

Meet the Alaris Team to find out about our deep investment in this unique city, and be sure to follow us on Facebook. 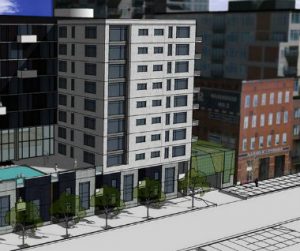