Colorado posted a new record for oil production in 2014, with more than 82.8 million barrels of crude oil pumped from the ground.

This 2014 figure is 27 percent higher than the 65.3 million barrels the state produced in 2013 (a number that topped the previous year’s production levels and also smashed what had been the state’s all-time high production figure set in the 1950’s).

The state, along with the nation, has ridden a boom in oil development and production in the last few years, however, the boom may not continue as the price of oil in the United States has slid from last summer’s highs of more than $100 per barrel to $51.53 per barrel.

What do falling oil prices mean for real estate?

To gauge the effect of falling oil on home prices, Trulia looked at year-over-year trends in oil prices, jobs, and home prices from 1980 to the present in the 100 largest metro areas.

Trulia came to these three conclusions:

1. Any negative impact of falling oil prices on home prices should be concentrated in oil-producing markets in Texas, Oklahoma, Louisiana, and other places with large oil-related industries.

2. In these markets, oil prices won’t tank home prices immediately. Rather, falling oil prices in the second half of 2014 might not have their biggest impact on home prices until late 2015 or 2016.

In what could be good news for potential home buyers, the New York Times offers this explanation for how cheaper oil plays a role in driving down mortgage rates.

In general, interest rates tend to be sensitive to inflation, and inflation is being pulled downward because cheaper oil prices are lowering costs throughout the American economy. In turn, this lower inflation allows for interest rates to decline.

With inventory very low and buyer demand very high, we anticipate seeing the price of homes to go up. The largest variable seems to be the attitude of the consumer. With a great deal of unrest in the world, some folks are sitting tight.  This market is quite dynamic and you need a Realtor(R) on your side if you are thinking of buying or selling. 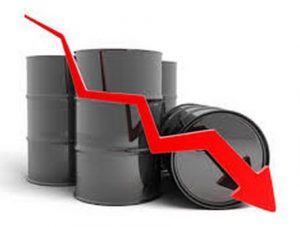