A six-month moving average gives us a clearer look at the overall trend. Not surprisingly, the trend has been generally downward for some time, but has flattened out in recent months:

The third graph shows the foreclosure filings total for each month. April’s total was the lowest total ever recorded in April since the survey began in 2007, and is thus an eight-year low. 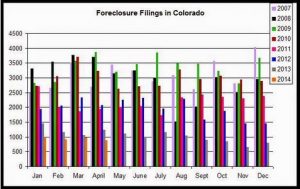 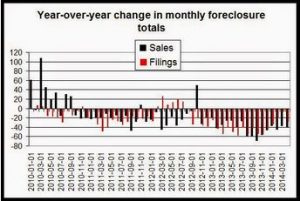