John Hickenlooper is one of a group of governors pushing congressional leaders to swiftly pass an extension of the federal production tax credit for wind energy, set to expire at the end of the year.

Hickenlooper joined Iowa’s Terry Branstad, Kansas’ Sam Brownback, and Oregon’s John Kitzhaber on a conference call this week supporting the tax’s extension. The four are members of the Governor’s Wind Energy Coalition, representing 28 governors of wind-energy states.
The tax break on production is seen by backers of wind energy, a major source of jobs and investment in Colorado and several other states, as essential to spurring the industry. The credit is equal to 2.2 cents for every kilowatt-hour a wind farm produces.

The governors said that unless the credit is extended, it is estimated that the U.S. economy will lose 37,000 wind industry jobs and the opportunity to leverage over ten billion dollars of private investment.

Both of Colorado’s U.S. senators, Mark Udall and Michael Bennet, have pushed hard for the renewal of the wind tax break.

Hickenlooper said that in Colorado, in just a few years, the amount of electricity being generated from wind power has grown from 50 megawatts to 2,000 megawatts and that the industry provides 5,000 to 6,000 jobs.

The governors are requesting that the overall goal should be at least to provide a transition period for the expiration of the tax credit. 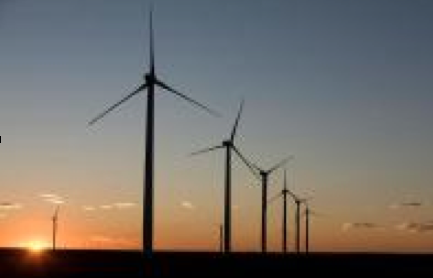