According to a joint study by the Trust for America’s Health and the Robert Wood Johnson Foundation, Colorado is the thinnest state in the nation, with 21.3 percent of residents classified as obese, a lower rate than any other state. However, does being the capital of a state with the thinnest residents in the country necessarily make Denver the healthiest city in the nation, too? Maybe not, but we are in the running according to a new report, which ranks the Denver-Aurora-Broomfield metro area as the fifth healthiest spot in the nation. 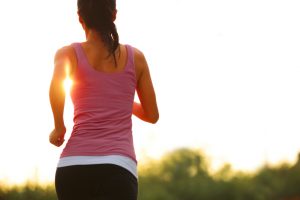 The study is titled “Healthiest Places in America” and was conducted by NerdWallet. It found that while the Denver metro area has one of the highest number of residents who are at a healthy weight and partake in physical activity, its lower number of physicians and people with health insurance knock it down to number 5.

NerdWallet analyzed the following for 50 metro areas across the U.S.:

The Denver-Aurora-Broomfield area, with an American Fitness Index score of 71.7, has 43 percent of residents at a healthy weight (83.8 percent who report engaging in physical activity, 85.9 percent with health insurance, and 334.3 physicians and surgeons per 100,000 residents). Its overall health score is 68.6.

“The Denver metro area’s fitness index and the percentage of residents who do some kind of physical activity are among the highest of all places we analyzed,” the study said. “People who like to go outside in all seasons, especially in the winter, will enjoy Denver’s variety of recreational opportunities.”

We believe in Colorado, we write about Colorado – this is our home. We want to make it the best it can be and highlight the best it has to offer, for which we are sincerely grateful. Visit the Alaris Gratitude Corner for more about why we are grateful for life in this fair city. It would be our pleasure to help you buy or sell a home in the metro area. Contact us today.