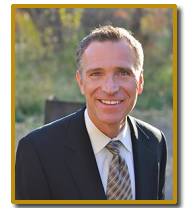 Jon founded ALARIS Properties, LLC to meet the needs of buyers, sellers and investors by providing the most comprehensive programs available today. Formerly a member of the executive team of LHD Enterprises where Jon oversaw several departmental functions, including management of the Colorado region and head of the entrepreneurial group, while handling all legal affairs for the company’s Colorado, New England and Upstate New York offices. In addition, Jon served as President of Venture Partners LLC, a business incubator and accelerator. In his role as President, Jon consulted with start-up businesses concerning formation and financial issues.

Graduating Summa Cum Laude (Valedictorian) from Phillips University with a quadruple major in English, History, Political Science and Psychology with a minor in German, he later earned his juris doctorate from the prestigious Northwestern School of Law. While attending college, he involved himself in politics and worked as a speech writer and campaign manager for a candidate of the House of Representatives. Additionally, Jon had the opportunity to write speeches for other high profile political figures. Jon became a partner in a law firm emphasizing business law, business litigation, domestic relations and employment law. Jon also served as general counsel to several businesses, including a large computer outsourcing and software firm. Jon has assisted several clients in contract negotiations for RFPs. He developed an expertise in converting corporations to LLCs.