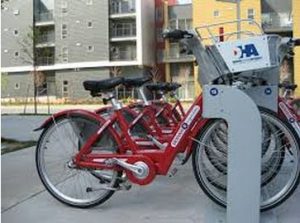 Denver continues to invest in walkable, bike-friendly infrastructure, and has landed the No. 4 spot on Walk Score’s (an apartment listing company owned and operated by Redfin Corp.) new “Most Bikeable Cities 2018” ranking, which gave Denver a 71.3 bike score.

The ranking came just in time for Denver’s official Bike to Work Day.

To compile the ranking, Walk Score analyzed 1,985 cities and 20,000 plus neighborhoods.

The ranking’s top 10 most bikeable cities were:

Cities were scored on a scale of 0-100 based on four equally weighted components: