GRID Alternatives, a California-based nonprofit group that works on renewable energy, is launching a national expansion plan to bring solar panels to homes across the country. The nonprofit opened operations in Colorado in late 2012, teaming with Habitat for Humanity to put solar power systems on six of that group’s homes in Lakewood. 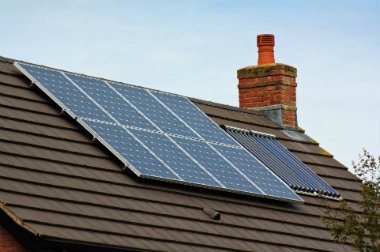 GRID Alternatives, with help from supporters including Wells Fargo, works with volunteers to install systems that can meet between 75 percent and 100 percent of a home’s electric usage throughout the year.

It currently is the only program of its kind in the state.

The systems will save each family an average of $30,000 over the [corrected] systems’ anticipated thirty-year lifespan, and GRID estimates that the combination of all twelve will prevent the release of around 1,300 tons of carbon dioxide — the equivalent of planting 30,000 trees.

GRID Alternatives looked at a lot of different states before deciding to come to Colorado, including Arizona, New Mexico, and New Jersey. In the end, Colorado was chosen for its strong solar industry and abundant sunshine.

Ken Salazar stated in July that there’s no reason to be concerned about the strength of the solar industry in the larger scheme of the renewable energy industry, and this kind of installation effort — with a nonprofit group planning to invest more long-term in the state — is certainly a sign of the continuing importance of solar in Colorado.

Daniel Beckerle is an Eco-Broker if you have any questions about building “green” or adding any “green” features to your home. You can read more about Dan here: Daniel J. Beckerle’s company bio