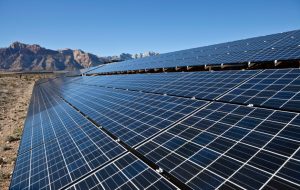 According to a new report from GTM Research and the Solar Energy Industries Association, the United States solar power market passed the 20 gigawatts of capacity milestone during the second quarter of this year.

Overall, the U.S. installed 2.7 gigawatts of solar power panels during the first half of 2015, and is on track for a record-breaking 7.7 gigawatts of new capacity this year.

At the end of the second quarter, Colorado had a total of 430 megawatts of solar power, which is enough power to support the needs of 82,000 homes.

Please check out our Alaris LinkedIn Page, where we publish articles on topics that affect our economy and the overall real estate market. We are here to help you with your next real estate transaction. Call us today at 303-526-7400. We have Realtors(R) ready to make your next sale or purchase a great experience.