Livability, an online think tank that conducts research and showcases America’s best places to live, has recently given Wheat Ridge the title of the fifth-best place in the United States to retire.

For its study “Best Places to Retire 2014,” Livability looked at:

Wheat Ridge was chosen because it offers retirees a small-town vibe, but with the convenience of urban culture near enough (downtown Denver is about a 10 minute drive away). In addition, Wheat Ridge has many senior support groups, shopping opportunities, restaurants, trails, fitness centers, low crime rates, and quick-access to I-70 and the Rocky Mountains.

This isn’t the first time a company has named a Colorado community a “best place to retire,” and it probably won’t be the last. Back in September, WalletHub released an analysis of the nation’s 150 largest cities based on 25 key metrics that would make the city a good place for retirees. Aurora ranked 15th in the study, titled “Best Places to Retire.”

Surprisingly, Aurora ranked first in the study for air quality. It ranked 9th for jobs, 11th for health care, and 20th in terms of “fishing facilities,” thanks to the Aurora and Quincy reservoirs.

We believe in Colorado, we write about Colorado – this is our home and we want to make it the best it can be and highlight the best it has to offer. 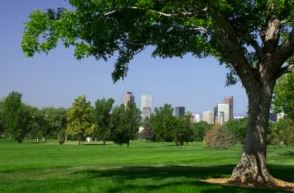