Where are the Best Towns for Young Families?

NerdWallet recently researched and rated the best towns in Colorado for young families. The main three categories they considered were the town’s schools, the town’s affordability, and the town’s growth and prosperity.

5. Castle Rock ranked fifth for its parks and small-town hospitality.

6. Parker ranked sixth for its hiking.

9. Durango ranked ninth for its local foods and heritage. 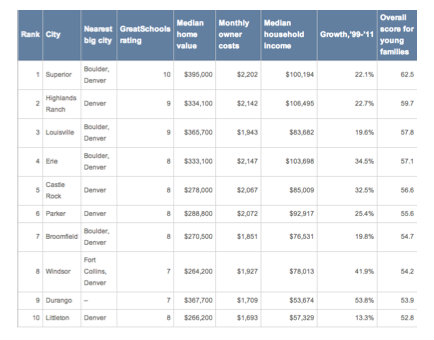